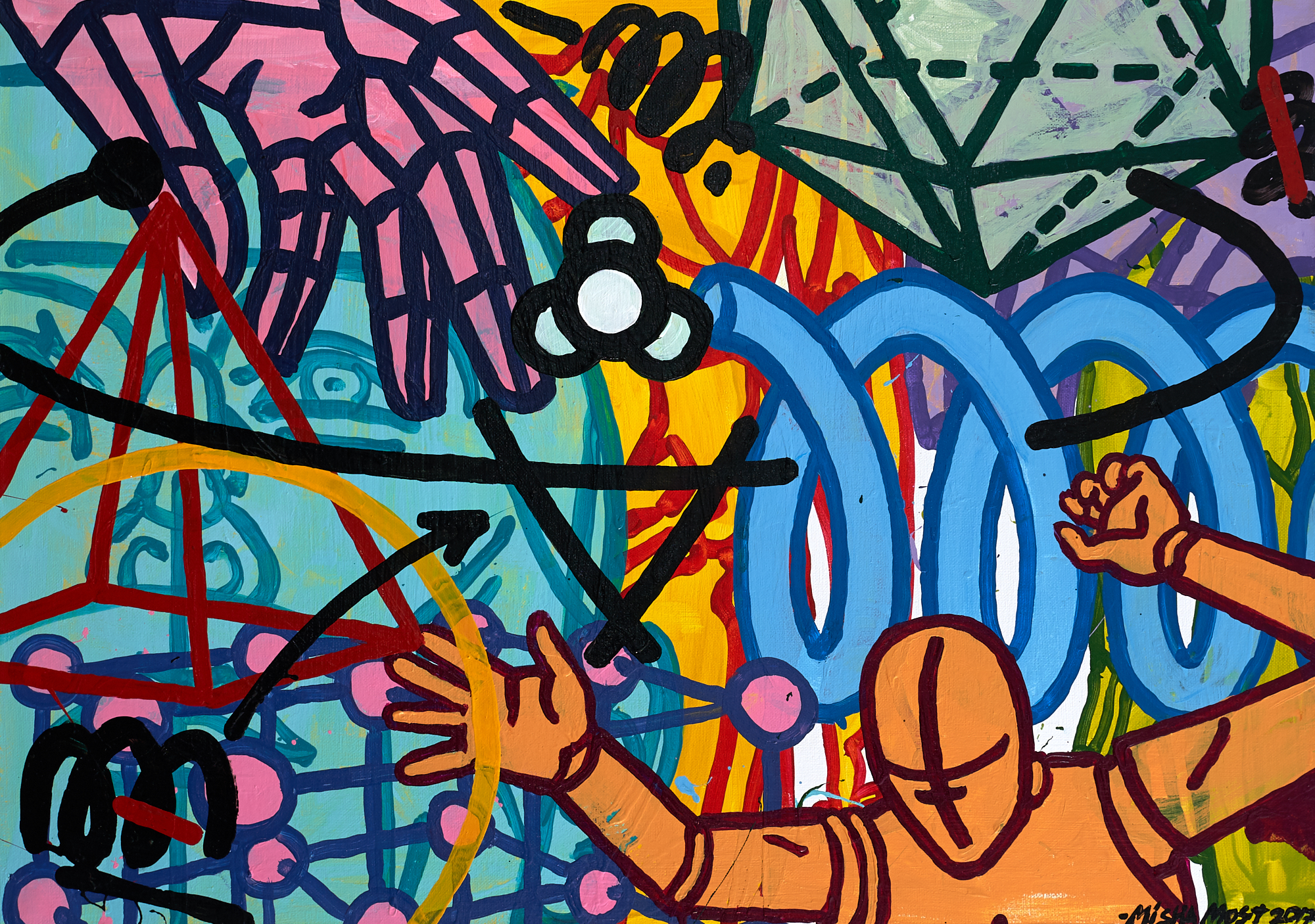 Painter and graffiti writer. He began to paint in 1997, on the cusp of the Russian street art. He was a member of the first Moscow graffiti teams. Practicing follower of illegal graffiti.

Misha Most is a manager of major festivals, supervisor of exhibitions and projects devoted to different traits of street art. Permanent participant and author of lectures discussions on the graffiti problems and development.

His works were submitted at different exhibitions of modern art in Russia, Ukraine, Azerbaijan, USA, Italy, Switzerland, Germany, France and other European countries.

In 2017, on the front face of the metallurgical plant in Vyksa town (Nizhniy Novgorod region), Misha created monumental work 10 000 m² in size, that is a world record.

In 2017 he took the 50th place in the rating “TOP 100 RECOGNISED AUTHORS” according to analytical portal InArt.ru

His works are a part of the State Tretyakov Gallery collection.