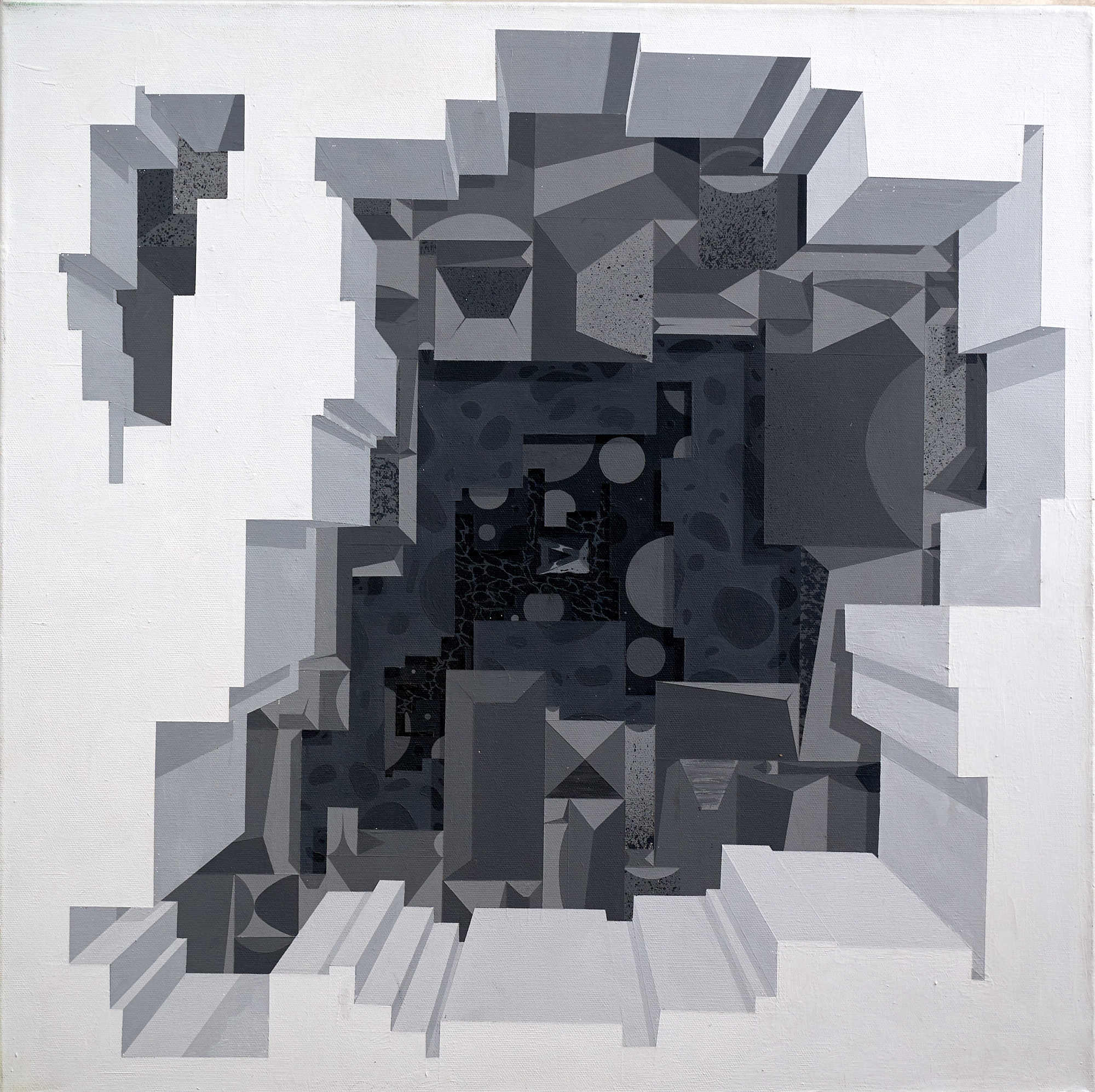 Born in 1990, Saint Petersburg, Russia is a structural abstract artist. His works include abstract, graphic and geometric structures and shapes revealed throughout the creative journey. Igor started as a post-graffiti artist in 2005. He also received a degree in civil engineering, which had a significant impact on his work. Especially the art and architecture of the 1920s-1950s. At the moment Igor is a Multi – active participant of street art in Finland and Russia. In recent years he has created large-scale murals in Helsinki, Moscow and St. Petersburg. He also organized several solo exhibitions in Helsinki and participated in group exhibitions in Moscow, St. Petersburg and Helsinki. In 2014, the year of Harimurti also became a member of the book of Alexey Portals “side walls”, which was presented on 25 of the most famous street art artists of Russia.